A new report available on the Waste Authority’s website provides a valuable insight into behaviour towards household food waste in Western Australia. The data in Food waste, Western Australian household attitudes and behaviours benchmark study 2019 is useful in encouraging reduced food waste to support our targets for waste avoidance and waste reduction.

The Waste avoidance and resource recovery strategy 2030 includes a target of 20 per cent reduction in waste generation per person in Western Australia by 2030, and reducing food waste is an important step to achieve this reduction.

Since May 2019, Western Australia has participated in the Fight Food Waste CRC and specifically the household food waste project. The recent completion of a first tranche of research involving over five thousand people across Australia has culminated in a national report and the break-out Western Australian report.

The report illustrates that on average, Western Australian households waste 2.6 litres of food a week. Bread, leftovers, fresh fruit and vegetables were the most frequently wasted food items. Householders recognised that some food was wasted, however their self-reported estimates of the amount of food wasted appeared to be very low when compared with actual quantities found in household bin audits (up to 7.81 litres) conducted by state and local governments across Australia. These results are consistent with results from other states and territories.

Further stages of the research project in Western Australia will include kitchen diaries, waste audits and a trial of a food waste behaviour campaign.

The Waste Authority recognises the important work of the Fight Food Waste Cooperative Research Centre in strengthening our understanding of food waste. This information will be valuable in achieving a 20 per cent reduction in waste generation per capita by 2030. 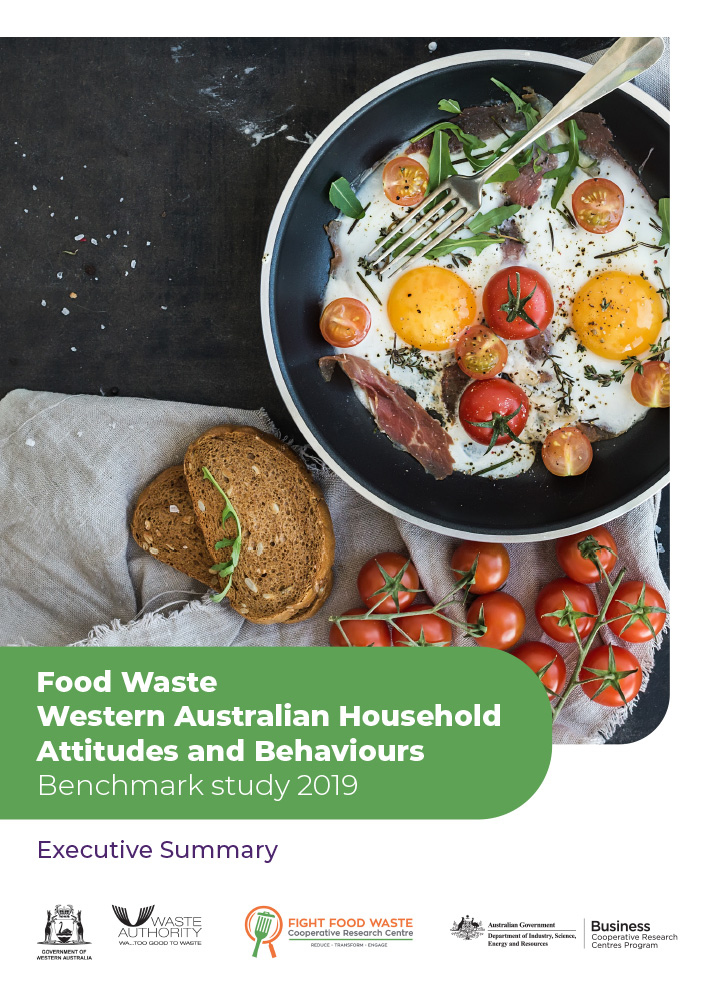