The Waste Authority, on behalf of the State Government, has completed a review of the State's waste strategy. The review that took place in 2017 and 2018 has now been finalised.

The Waste Authority consulted widely in the development of the Strategy.  A stakeholder and community consultation process commenced with the release of the consultation paper in October 2017.  Nine community and stakeholder workshops were held and attended by 336 people (three in Perth and one each in Bunbury, Albany, Port Hedland, Kalgoorlie, Geraldton, Northam); one Department of Water and Environmental Regulation workshop (attended by 46 staff); an online survey (419 responses); and written submissions (97 received).

The consultation process indicated strong support for improving the performance of waste and recycling in Western Australia. Key themes included support for a circular economy framework; a need to clearly define roles and responsibilities, and leadership by the State Government; support for strategy objectives; and a focus on local solutions.

In October 2018, the Waste Authority undertook a second round of consultation, releasing a draft strategy as per Section 29 of the Waste Avoidance and Resource Recovery Act 2007, which closed on 6 November 2018.  Thirty eight submissions were received. 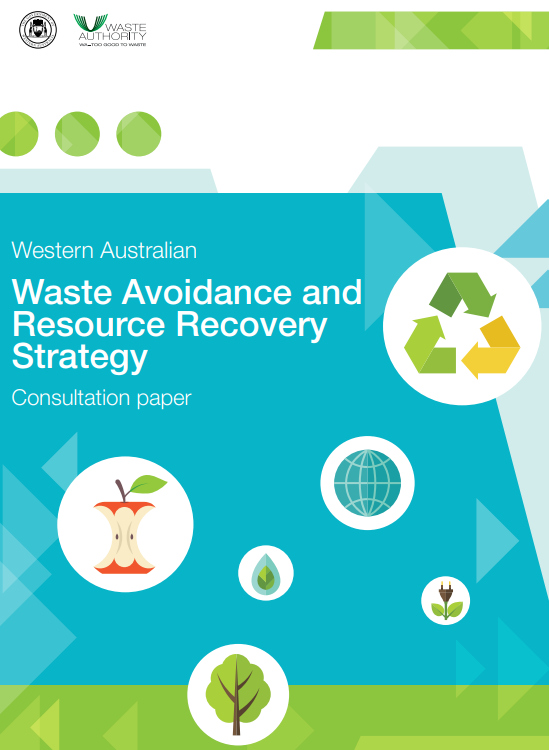 The Waste Authority would like to thank everyone that provided input into Western Australia’s new waste strategy. The contribution by Western Australians has helped produce a strategy which we can all be proud of, and a strategy that others will look to as a great example.