As Western Australia has had a landfill levy in place for some time, and because there has been variation in the levy rate, baseline information on the effect of the levy on volumes sent to landfill is available.

The levy is not the only factor that has been at work over the past 15 years, but the observed changes in volumes sent to landfill during the levy period represent a solid starting point for understanding the effect of the levy on material sent to landfill.

This report by Acil Allen Consulting was commissioned by DER and the Waste Authority and published in March 2014. 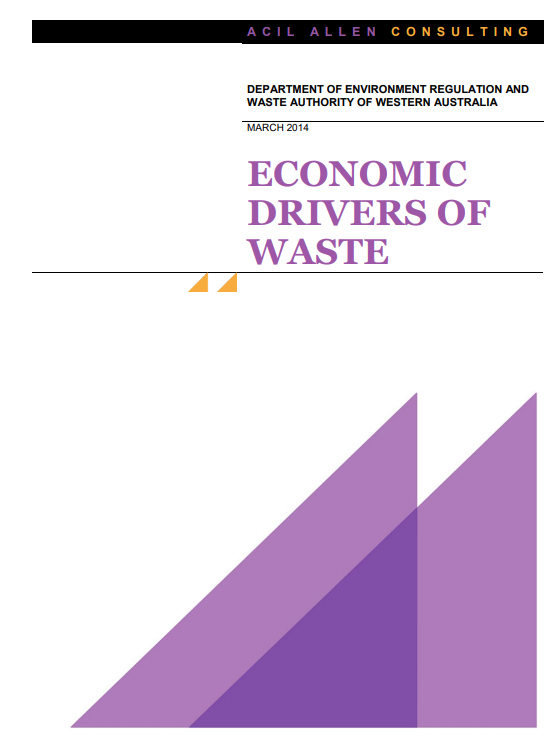